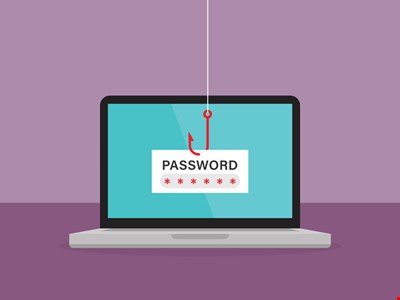 A Nigerian entrepreneur who was nominated for Africa’s most prestigious award for businessmen has been imprisoned in the United States for masterminding a multimillion-dollar cyber-fraud scheme.

Obinwanne Okeke headed a criminal team that used email-based cyber-attacks to steal credentials from hundreds of victims from approximately 2015 to 2019. The data they swiped was used to target companies with fraudulent wire-transfer requests and fake invoices.

A Unatrac executive unwittingly revealed their login credentials to Okeke’s criminal organization after falling victim to a phishing email in April 2018.

“Okeke participated in the effort to victimize Unatrac through fraudulent wire transfers totaling nearly $11m, which was transferred overseas,” said the US Attorney’s Office for the Eastern District of Virginia in a statement released February 16.

According to court documents, Okeke engaged in other forms of cyber-fraud, including creating fraudulent web pages and sending phishing emails to capture email credentials. His actions caused financial loss to numerous victims.

“Through subterfuge and impersonation, Obinwanne Okeke engaged in a multi-year global business email and computer hacking scheme that caused a staggering $11 million in losses to his victims,” said Raj Parekh, acting US Attorney for the Eastern District of Virginia.

Thirty-three-year-old Okeke is the founder of Invictus Group, which operates in Nigeria, South Africa, and Zambia and was selected by the African Brand Congress to win the Most Innovative Investment Company of the Year Award 2017.

Nominated for the AABLA Awards in the category of Young African Business Leader (West Africa), Okeke is a regular contributor to the Forbes Africa magazine. He also previously appeared on the magazine’s “30 under 30” list.

On June 18, 2020, Okeke pleaded guilty to a charge of conspiracy to commit wire fraud. He was sentenced to ten years in prison on February 16.

“This sentencing demonstrates the FBI’s commitment to working with our partners at the Department of Justice and our foreign counterparts to locate cyber-criminals across the globe and bring them to the United States to be held accountable,” said Brian Dugan, special agent in charge of the FBI’s Norfolk Field Office.

Does Sunburst Have Your Confidential Emails and Database Data?

Information Warfare in 2021—Are You Protected from Cyber Attacks?

About 500,000 confidential medical records for sale on dark web

Does Sunburst Have Your Confidential Emails and Database Data?