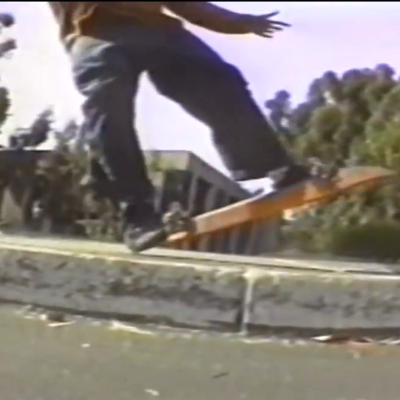 I was watching an oldish TEDx talk with Rodney Mullen, probably the most innovative street skater ever, but that’s not the point, and it’s not his best talk either. Along the way, he makes a claim that ideas — in particular the idea that a particular skateboard trick is even possible — are the most important thing.

His experience, travelling around the world on skateboard tours, is that there are millions of kids who are talented enough that when they see a video demonstrating that a particular trick idea is possible, they can replicate it in short order. Not because the video showed them how, but because it expanded their mind’s-eye view of what is possible. They were primed, and so what pushed them over the edge was the inspiration.

On the other side of the street, we’ve got Thomas Edison and his “1% inspiration, 99% perspiration” routine. Edison famously tried a bazillion filament recipes before settling on tungsten, and attributes his success to “putting his time in” or “good old-fashioned hard work” or similar. So who’s right?

The inventor of Casper Slide and the phonograph are both right. Rodney is taking it for granted that these kids have put their time in; they are skaters after all, they skate. He doesn’t see the 99% perspiration because it is the natural background, while the inspiration flashes out in Eureka moments.

Similarly, Thomas E. way underestimates inspiration. He’s already fixated on this novel idea to take an arc lamp and contain it in a glass envelope — that’s what he’s spending all of his perspiration on, after all. But without that key inspiration, all he’d be is sweaty.

And they’re also both wrong! They’re both missing a third ingredient: collaboration. Certainly Mullen, who spent his life hanging out with other skaters, teaching them what he knows, and learning from them in turn, wouldn’t say the community of skaters didn’t shape him. Even in the loner’s sport of skating, nobody is alone. And Edison? His company profited greatly from broader advances in science, and the scientific literature. Menlo Park existed to take bright, well-trained minds and put them all in one place, sharing, teaching, and working together. It embodied the idea of collaborative innovation, and that’s where some of his best work was done.

So I’m with Isaac Newton, “standing on the shoulders of giants“. Success is 99% collaboration. This leaves us with one problem: the percentages don’t add up. But that’s alright by me.

This article is part of the Hackaday.com newsletter, delivered every seven days for each of the last 200+ weeks. It also includes our favorite articles from the last seven days that you can see on the web version of the newsletter.

Want this type of article to hit your inbox every Friday morning? You should sign up!

Automate Your Poultry With CoopCommand

Automate Your Poultry With CoopCommand

May 8, 2021 admin
Welcome to AdwareSearch.com