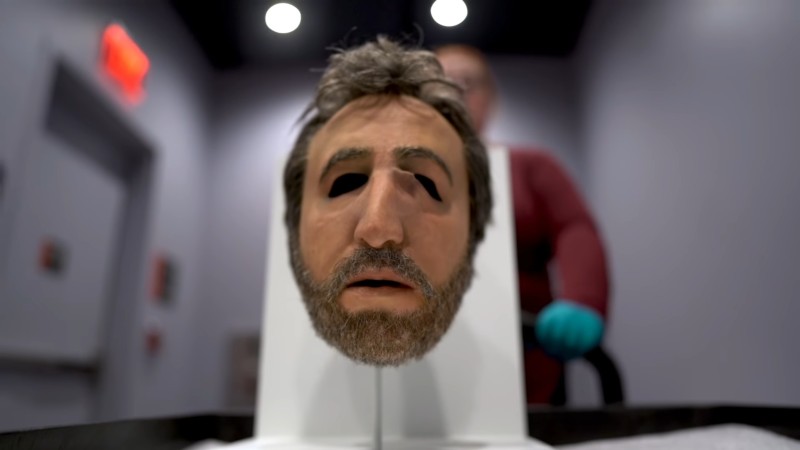 You know the old trope: James Bond is killed but it turns out to be someone else in an incredibly good-looking Sean Connery mask. Mission: Impossible and Scooby Doo regularly had some variation of the theme. But, apparently, truth is stranger than fiction. The CIA has — or at least had — a chief of disguise. A former holder of that office now works for the International Spy Museum and has some very interesting stories about the real masks CIA operatives would use in the field.

According to the video you can see below, the agency enlisted the help of Hollywood — particularly the mask maker from Planet of the Apes — to help them with this project. Of course, in the movies, you can take hours to apply a mask and control how it is lit, how closely the camera examines it, and if something goes wrong you just redo the scene. If you are buying secret plans and your nose falls off, it would probably be hard to explain.

While the technology to make a mask like this is interesting in of itself, a comment from former chief [Jonna Mendez] was the most interesting part of the video. She says: “The fact that we (the museum) are allowed to show it (the masks) tells me the CIA has moved on.”

So you can only wonder what tech the CIA and other spy agencies might have now to disguise an agent. In William Shatner’s short-lived TekWar series, people used holomasks that looked like black hoods with some sort of emitters along the surface to project a different face.  Or maybe you put your face in a specialized 3D printer and hold your breath. We’ll entertain guesses in the comments.

Apparently, the industry term for these sort of things are hyperrealistic masks and they’ve been used in everything from Halloween costumes to committing bank robberies. Still, we imagine even the priciest of these can’t be put on in two minutes while running down an alley in the rain.

If you are wondering what these masks could do to face recognition systems, you aren’t the only one. We wouldn’t suggest making your own silicone masks, but since you won’t listen to us, here’s some tips on making molds.