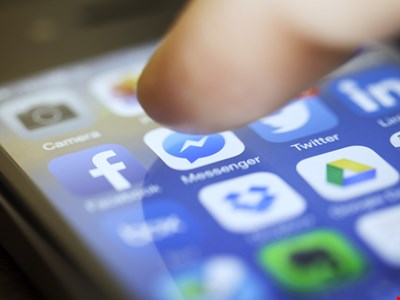 A food delivery driver from Pennsylvania has been charged with impersonating former president Donald Trump to defraud social media users.

Joshua Hall, of Mechanicsburg, was arrested on Tuesday morning and charged with wire fraud and aggravated identity theft.

Prosecutors allege that the 22-year-old defrauded hundreds of people from across the United States in a year-long fundraising scam that he devised and executed alone.

Hall is accused of posing as a former president and as members of that president’s family to create social media accounts that attracted more than 100,000 followers.

Victims of the scam were led to believe that they were donating money to a genuine political organization. Prosecutors say that the organization was fictitious and that Hall pocketed thousands of dollars in donated funds for his own use.

Hall is accused of using photographs of the former president’s family members, including his minor child, to make the fake social media accounts associated with the scam appear authentic.

FBI assistant director-in-charge William F. Sweeney, Jr., said: “Hall led hundreds of people to believe they were donating to an organization that didn’t exist by pretending to be someone he wasn’t, as alleged. As we continue to investigate fraud in all its many forms, we urge the public to remain aware of the prevalence of online scams and exercise due diligence when making donations online.”

The time at which the alleged offense was committed was not specified in a statement published on Tuesday by the US Attorney’s Office for the Southern District of New York, nor were Trump or his family referred to by name.

However, NBC New York cited an FBI source who said that the Trump family had been exploited in the scam.

“There was no nefarious intention behind it,” Hall told the Times after the account was closed. “I was just trying to rally up MAGA supporters and have fun.”

If convicted of both charges, Hall could be sentenced to a prison term of up to 22 years.

Can on-prem security experts make the move to the cloud?