Zoom is set to pay $85 million due to privacy lawsuit. Paying users to get $25 and free users are getting $15. How to claim the money? 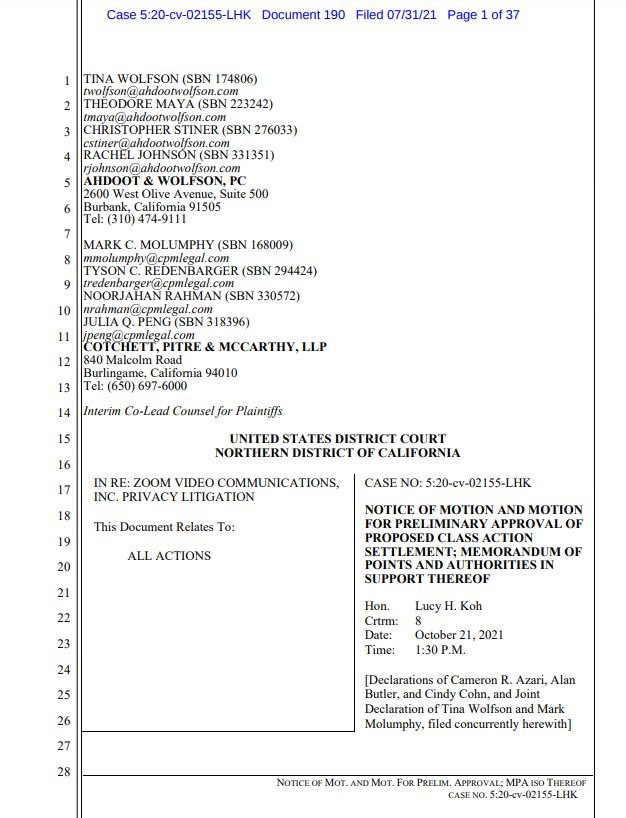 The settlement was filed Saturday as an attempt by the U.S.-based company to stop the class action lawsuit in which plaintiffs argue that Zoom facilitated the deployment of criminal activities, including misrepresenting its end-to-end encryption and transferring its users’ data to Facebook without prior consent.

The lawsuit claims that these practices were the cornerstone of the Zoombombing hacking campaign, which involved hijacking thousands of Zoom sessions, affecting tens of thousands of users. The lawsuit proposes the creation of a cash fund with $85 million USD, an amount that should be used to pay claims and cover the fees of the plaintiffs’ legal team. Zoom reported earnings of $1.3 billion USD during 2020 in the U.S. alone, so this amount equals 6% of its annual earnings.

For the settlement to be recognized, it will still need to be approved by U.S. District Judge Lucy Koh, in charge of the case. Judge Koh has experience in cases like this, as she also handled similar lawsuits against Apple and Samsung. The next hearing in this case will take place in October 2021.

In addition to the creation of the compensation fund, Zoom committed to improving its data security and user privacy practices. Among the improvements planned by the platform is the implementation of notifications about logged-in users in an ongoing session, privacy alerts, and logging of any meetings involving illegal content. On the other hand, Facebook will have to delete any data that Zoom has shared with the social network.

In this regard, the company issued a statement this weekend: “The privacy and security of our users are zoom’s top priorities, and we take seriously the trust our users place in us.” However, the company has not responded to the multiple requests for information.

The post Zoom is set to pay $85 million due to privacy lawsuit. Paying users to get $25 and free users are getting $15. How to claim the money? appeared first on Cyber Security News | Exploit One | Hacking News.

How does the airlines black market work and how does malware infiltrate hotel reward and frequent flyer programs?